* In case of any delay in receiving the OTP, you may verify it later. Please proceed without verification.

Enter your City name or Pincode

Sujanpur is a small town in the state of Punjab and it comes under Gurdaspur district of the state. Sujanpur is situated on Jalandhar-Jammu National Highway (NH-1A) and it is 6 km away from Pathankot towards Jammu. 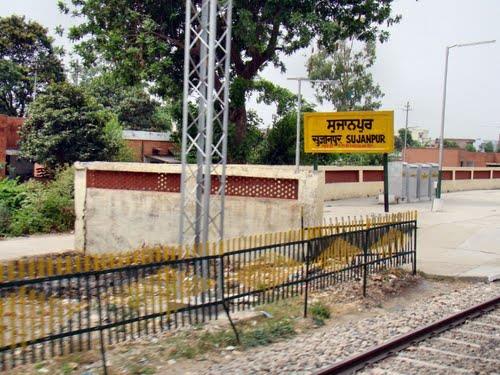 Sujanpur town generally has a warm and temperate climate. There is also significant rainfall in this place with precipitation even during the driest month. The average temperature in Sujanpur is 22.6°C, while the average rainfall is 1977 mm. November is the driest month where 16 mm rain is available. The precipitation reaches its peak with an average of 605 mm in the month of August. The variation in annual temperature in Sujanpur is around 19.2°C. The precipitation between the driest and wettest months has a difference of 589 mm.

Sujanpur is a municipal council and is divided into 13 wards. The municipal council authorities provide the basic facilities like water, electricity and sewerage to the people in the city. They are also responsible for building roads and imposing taxes on properties that come within the limits of the municipal council. Deputy Commissioner Gurdaspur looks after the law and order alongwith general administration of this part of Punjab.

As Sujanpur is a small city in Punjab, there are not many banks here. However, you can see some of the famous banks function their branches in and around the city. The various special saving schemes for ladies, kids and old people etc. encourage the saving habit of people. Banks also offer various insurance policies to the people. Moreover, nowadays banks are more liberal in giving various loans for starting businesses. It really helps the middle class people, who do not have sufficient capital to start a business. The other loans for car, house and education etc are also helpful the people to fulfill their dreams.

Punjab is a city of diverse geographical peculiarities, rich culture and great tradition. Each small city, town or village in this state is unique in its own way. Sujanpur is a small but beautiful place in Punjab. Don’t forget to visit here during your pleasure trip to Punjab.


Sujanpur at a glance

Comments / Discussion Board - About Sujanpur